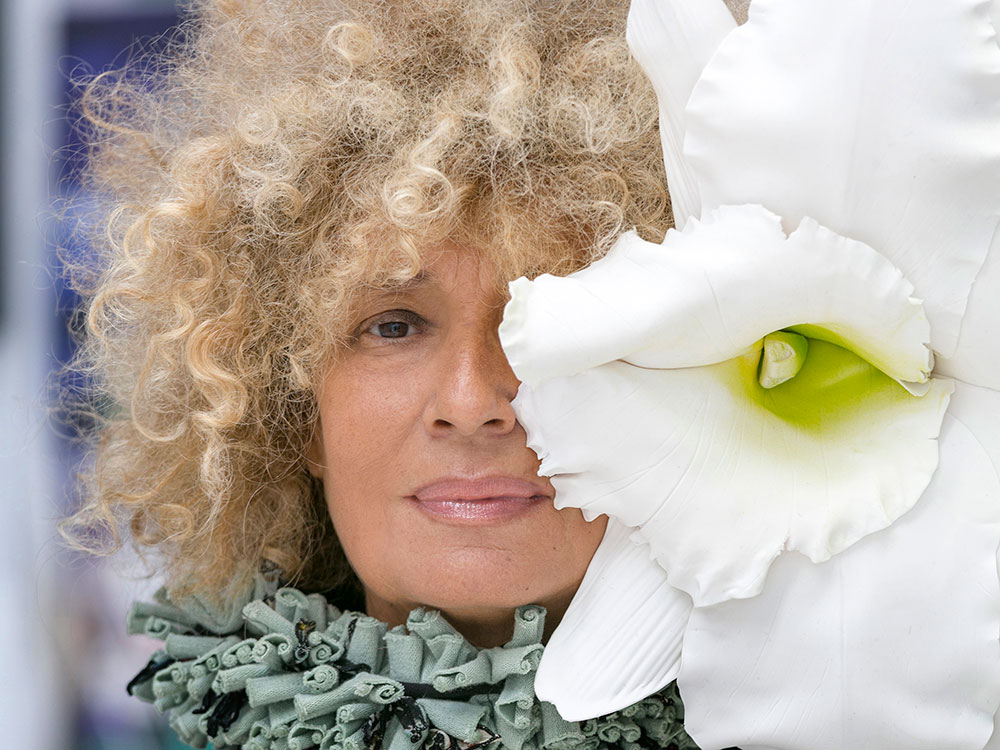 Sakhile&Me is pleased to present the first solo exhibition of Gabonese artist and human rights activist Owanto in Germany. Titled "Flowers," the exhibition will open on 8 March 2020, coinciding with International Women's Day and will run until 30 May 2020.

Flowers showcases a series of enlarged archival pictures of a Female Genital Mutilation/Cutting (FGM/C) ceremony. The analogue photographs are digitalized, enlarged and printed on aluminum before Owanto veils the violation in the image by removing the sections deemed most private and covering the void with delicate hand-crafted cold porcelain flowers. The flower is a symbolic cover-up that masks the identity of the young girls in the photographs, an identity that was taken away from them, and emphasizes wholeness rather than loss.

Through the series, Owanto brings to light the complex and contested issues surrounding FGM/C. Often done in discreet initiation ceremonies around the world, it is an age-old ritual that has been used to signify the important transition from childhood to womanhood by curbing young girls' and women's sexual desire. More than 200 million girls and women alive today have been cut in 30 countries where FGM/C is concentrated, of which 44 million are under 15 years old. Currently, more than three million girls are at risk for FGM/C annually.

"I understood that these photographs carried a symbolic and ambivalent meaning. They depicted a ceremony, a celebration, yet, they also revealed pain. I wanted to bring the past into the present to open an important dialogue. I wanted to transform these old analogue photographs using digital technology and to keep a record of human behaviour. I understood that these images taken by a Westerner during the colonial era could be perceived as voyeuristic, but I wanted to use them and elevate them to the rank of art and activism to fight FGM/C."

The show is an extension of the artist's 2019 solo exhibition One Thousand Voices which was held at the Zeitz Museum of Contemporary African Art in Cape Town, consisting of photographs and audio recordings of testimonies from FGM/C survivors. It also features "Pardonne-Moi," a selection of embroidery works from the exhibition Material Insanity which was shown at the Musée d'Art Contemporain Africain Al Maaden in Marrakech, each work comprising a single word or short phrase relating to the experience of survivors sewn onto a sheet of cloth by reformed cutters, as their way of atoning.

Owanto is a multi-cultural Gabonese artist whose multidisciplinary practice emerges from a 30-year career engaging with consciousness through the notion of memory, both personal and collective and exploring cross-cultural and trans-historical dialogues to interrogate the meaning of existence, as well as of her personal and shared history. Her current projects focus on the female condition, emancipation and the breaking of silence. Her work on this matter reflects upon the psychological concept of resilience by exploring the notion of healing, repair and transformation. In 2009, Owanto represented the Republic of Gabon at the 53rd Venice Biennale. 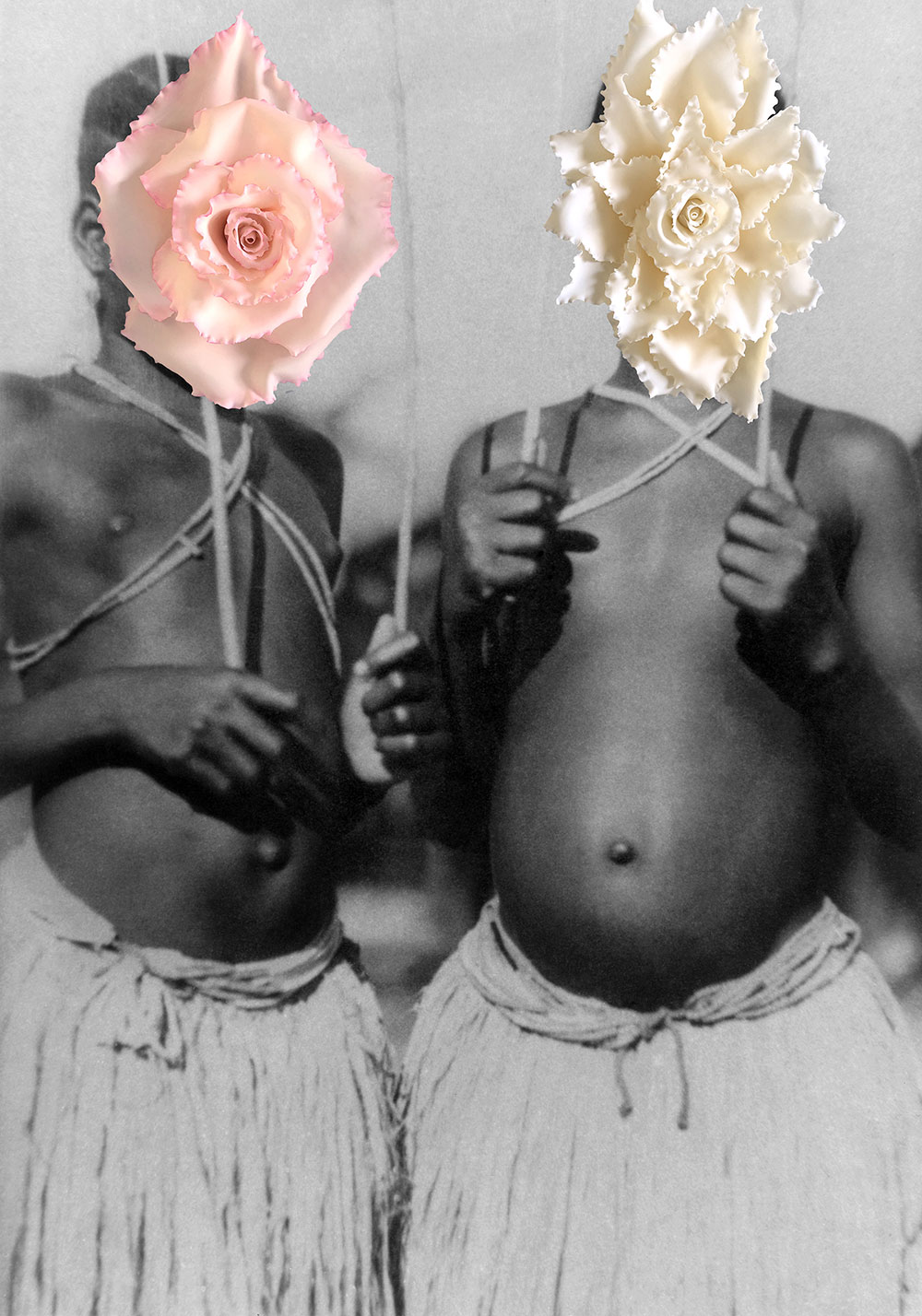 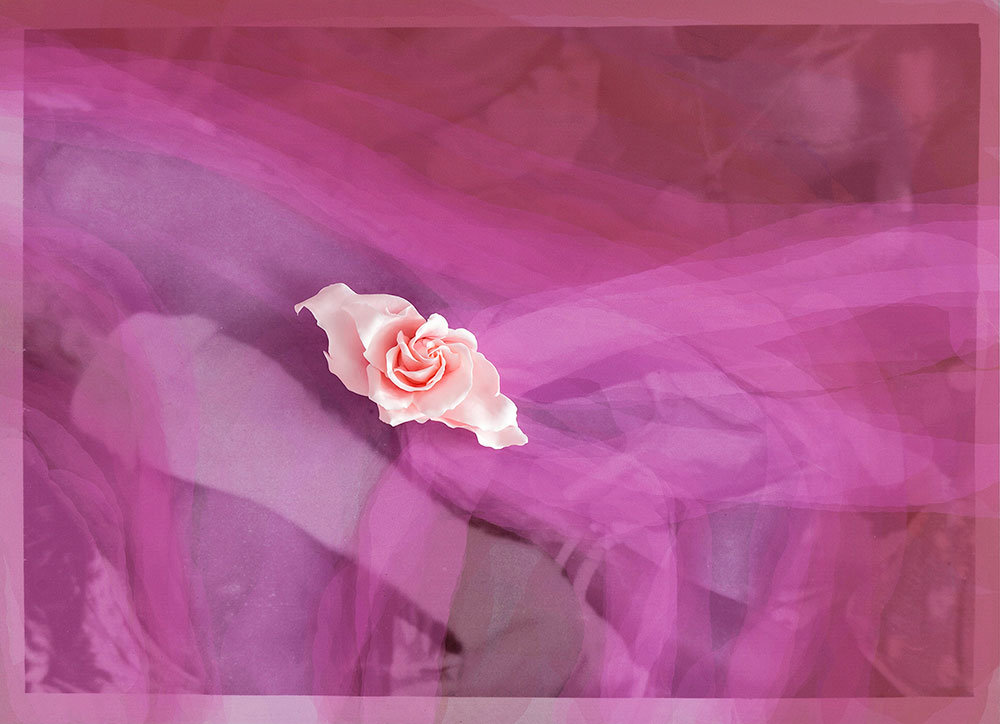 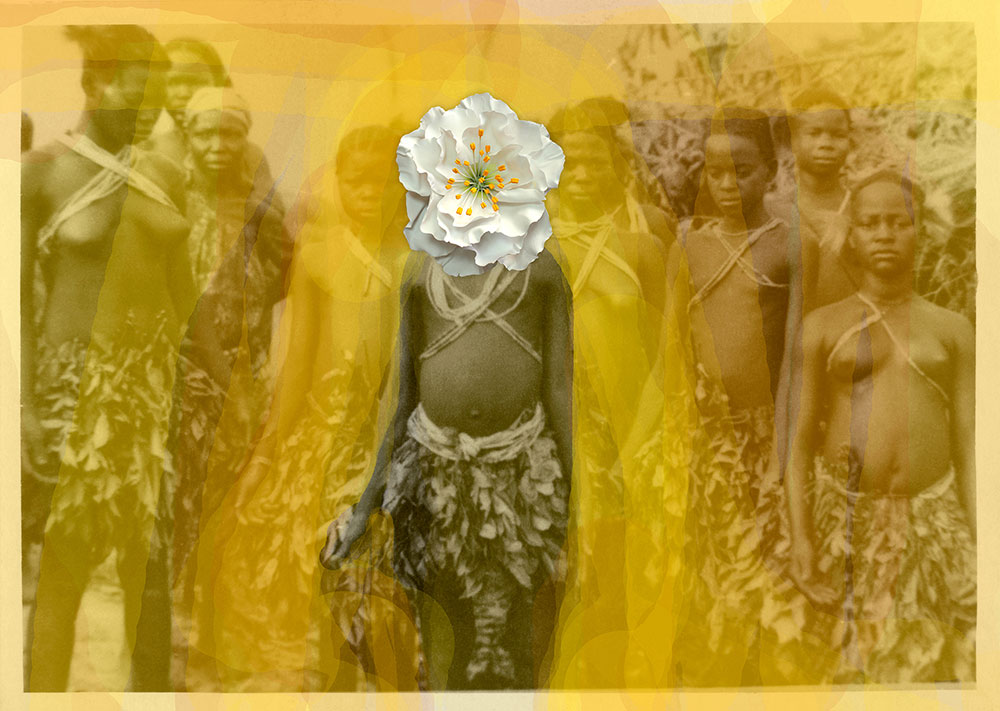 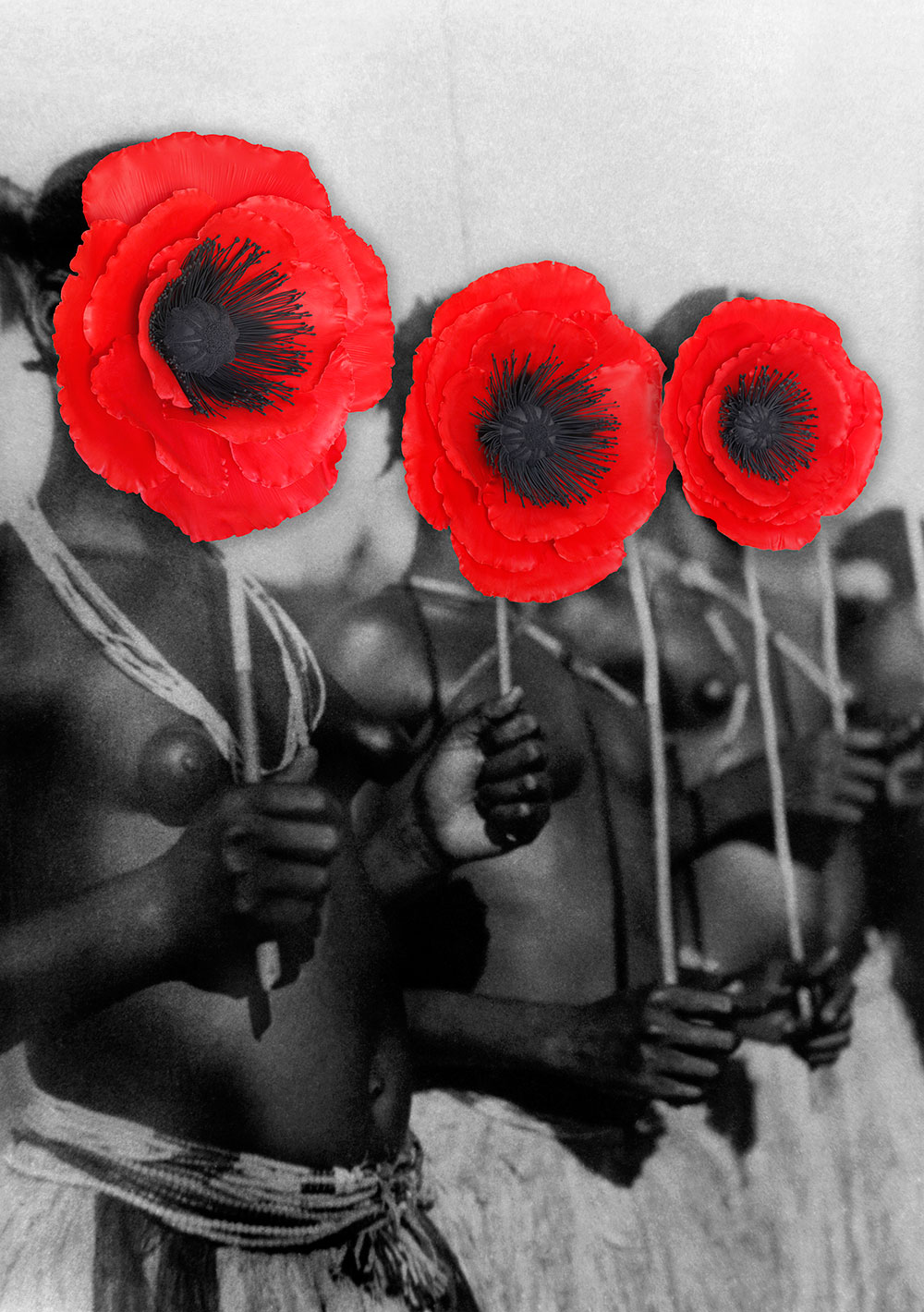 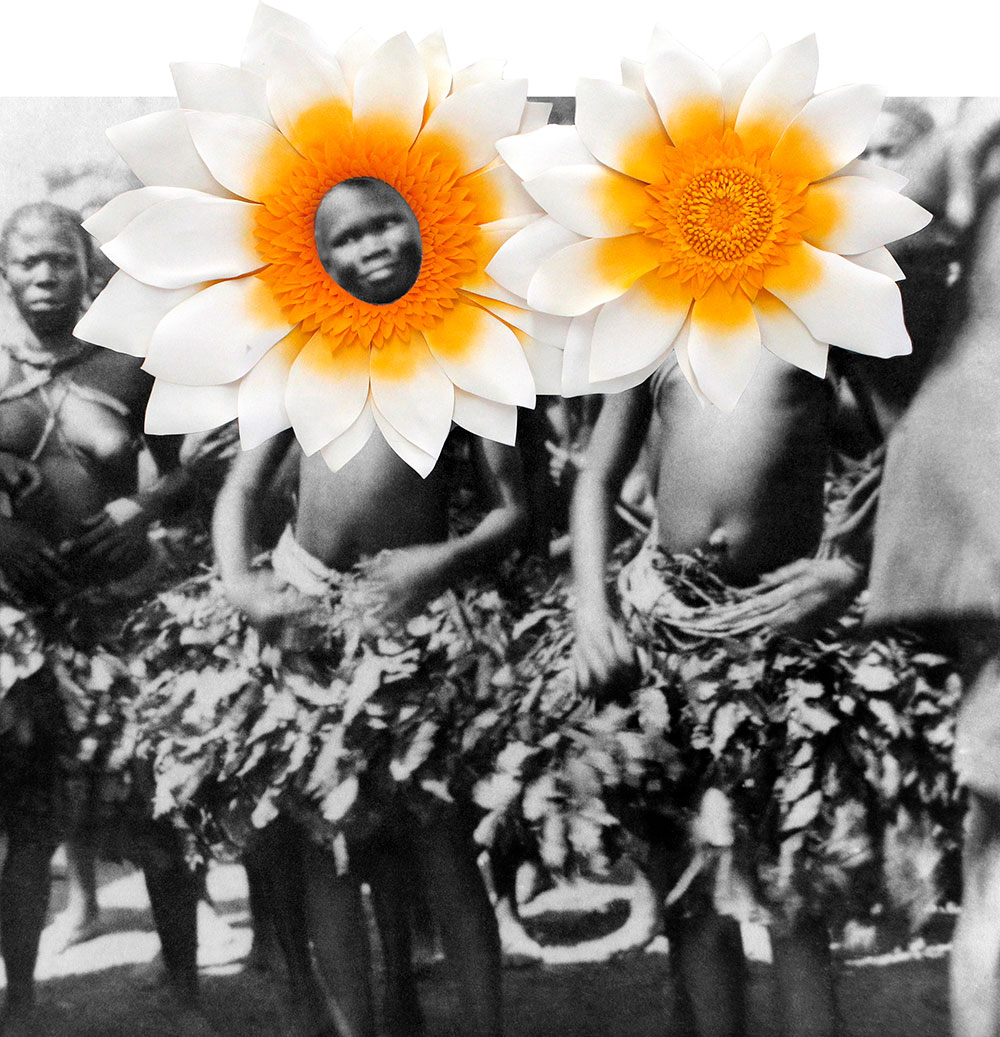 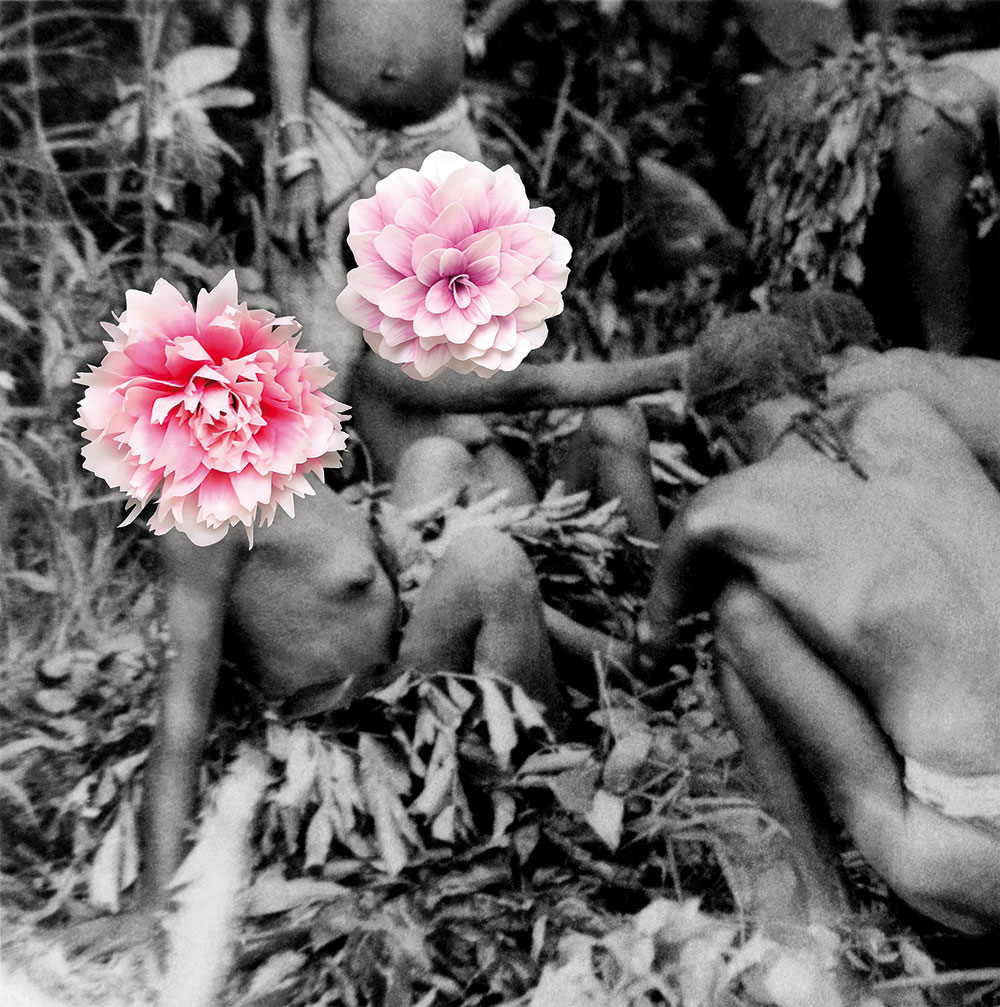 If you would like to follow our activities, please sign up for our newsletter. Enter your first and last name as well as your email address below. In compliance with the General Data Protection Regulation (GDPR), we will send you an email validating your submission. You need to confirm your registration in that email before it can be processed by us ("double opt-in"). You can opt out of receiving our newsletter at any time by unsubscribing via the link in the footer of each mailing.